My strong, hardworking husband came in from toiling in the summer heat. Sweat was pouring down his face. He went straight for the refrigerator, yanked on the handle and pulled out an ice cold canning jar with yellow liquid inside. He smacked his lips and grabbed the lid. Just before he unscrewed the top, he hesitated. “Is this stu? okay to drink?” he asked. “Well,” I replied, “It would be good for you, but I don’t think you’d like it.” In his hand, he held a quart of whey. I quickly got him a tall glass of red raspberry tea and sent him on his way. I guess he didn’t want to repeat the time that I told him to take some sleep tincture and he accidentally got into the herbal rub for muscle aches. Who knew wintergreen rubbing alcohol could taste so bad?

My kitchen wasn’t always a laboratory. We used to eat fast food, chips, ice cream, milk shakes, you name it. Sure, we had allergies, got colds, sleep disturbances, etc. But you can just take a pill for that and move on, right? That was our mindset until we saw close family members start su?ering. When we visited the doctor, the little boxes that you mark for family history of illnesses were starting to ?ll up. More and more, medicines were starting to cause side e?ects that required yet another prescription to deal with those e?ects.

I had always been interested in natural health, but didn’t know quite where to begin. I had tinkered with supplements, but not yet ventured into herbs. I didn’t know where to start. Then goot happened. We had decided not to immunize our youngest children. One had gone through the trauma (well it was more OUR trauma) of surgery. We were ready to ?nd other ways to build up their immune systems. A kind, dear, wonderful man showed us how to make goot – garlic oil ointment.

To be honest, the recipe looked like something you’d smear on your toast. The ingredients were:

Once the oils were made liquid (by gentle warming) they were blended with a hand wand mixer along with the garlic cloves. Any large pieces of garlic were then strained out of the mixture which was sealed in a small jar and refrigerated. After about 1 hour, you had a paste.

I knew garlic had a lot of healing properties and was a versatile herb, but I was still skeptical when I blended my ?rst batch. The information said that this stu? could be used directly on the skin. It could be used on the feet of infants and children to transfer the garlic oil into their bloodstream to ?ght infections. It could be placed in the nose for sinus congestion, behind the ear for ear infections, on the chest or back for colds or pneumonia.

This stu? was even supposed to help athlete’s foot and jock itch. You could even insert it into other areas if it was needed for yeast, parasites or other maladies. I looked at my little jar. It would only last two weeks before I’d have to make another batch. I smelled my garlicky ?ngers and thought, “Well, if nothing else, MY sinuses are open.”

It wasn’t long before goot was put to the test. Someone stepped into a ?re ant bed.

“Mama! Mama! The ants bit me!” I put the little guy in a chair and took a look at his feet. I could already see the red welts starting to form. If nature were allowed to take its course, he would have white bumps and a very red, swollen foot by the next day. “Well, goot, here’s your chance.” I pulled out the little jar and put the cool salve on each mark. For good measure, I rubbed it over the foot and put socks on my little guy. I noted with interest that he immediately stopped complaining of the pain. I watched him the rest of the day and also noticed that he didn’t scratch at the bites. Before bed, I checked his foot. “Come over here to the light,” I said. I looked closer. There weren’t any welts. There were some red spots that were very slightly raised. “Do these hurt?” I asked. He said no and that they didn’t itch either.

The next day, I pulled the sock back and found only pink dots. They weren’t even raised. The dots themselves were hard to see if you weren’t looking for them. That’s when I was convinced. This herbal stu? really works. If just three ingredients from my kitchen shelf could do that with ant bites, I was going to learn more.

I started collecting recommended books on herbal medicine and nutrition. I learned more than I could implement, but I kept on learning anyway. I wanted to know all I could so that I would be able to discern what was most important and how best to invest our few dollars. I already knew that it was very easy to spend a lot of money on the chance that something might work. I wanted to know what would work and why. One little salve. Three little ingredients. One huge success. Now my husband has to look twice before he gets a drink from the refrigerator. We wouldn’t have it any other way. 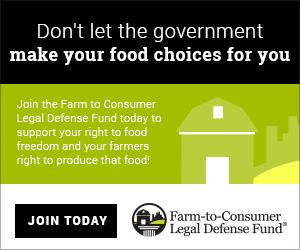 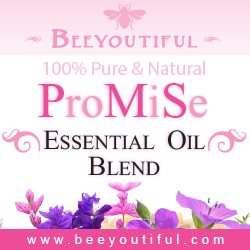