Phyll’er Up! Taking the Gag Factor Out of Green Supplements- Summer 2008 Catalog

I would guess my family isn’t the only one that recognizes the importance of eating greens. How many families-and women in particular-have spent much of their lives choking down a glass of green grit every morning that tastes like it was just scooped out of the ocean? You know what I’m talking about-that green stuff made from barley. Or, as my father calls it, barf-ley. The health benefits may be great, but it even used to embarrass me when my 3-year-old sister had to count “1-2-3” to get Mommy to chug it each morning.

So I say, “Why not have a green supplement with all the same benefits-if not some even better-in a drink that’s palatable?” Well, Beeyoutiful’s chlorophyll is just that. But exactly what is so marvelous about chlorophyll?

Cheers for the Red, White, and Green

Chlorophyll is every green plant’s blood. What’s so amazing is that it is remarkably similar to our own blood. The difference is actually only one metallic molecule. The central element in chlorophyll is magnesium while the core element in our blood is iron. And this differing component, magnesium, is one our bodies can easily convert to iron. 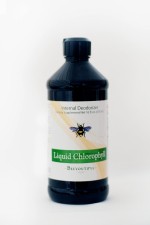 Chlorophyll such as Beeyoutiful’s is usually extracted from alfalfa, which has more vitamins and minerals than most any other plant. Alfalfa’s chlorophyll level is also one of the highest. Not only are you getting the chlorophyll but also a lot of calcium and trace minerals necessary for good health.

Chlorophyll helps a variety of conditions such as anemia, low energy, hypoglycemia, digestive disorders, and cleansing the body of toxins (especially the liver). It deodorizes the body naturally by stopping the growth of harmful bacteria, boosting the immune system, and promoting overall wellbeing. As if that isn’t enough, chlorophyll is rich in calcium, which makes it great for menstruating women, since we lose so much calcium through menstruation. The high calcium levels also make it good for joint and bone problems, and especially hip joint conditions.

Green and Bear It

Taking chlorophyll can be fun, not something you have to endure. You can mix a few drops with water to make a natural fruit and veggie wash. It’s so gentle at cleansing the system that it is good for people and children of all ages and is considered safe during pregnancy.

In my midwifery practice, I recommend chlorophyll for pregnant moms who are really tired and have low iron level. Sometimes if the hemoglobin is particularly low, I have them combine chlorophyll with Yellow Dock and a tea of Red Raspberry and Nettle to really give them a boost (in some cases, Yellow Dock causes diarrhea, so if that appens, I stick with just the chlorophyll). Chlorophyll is high in vitamin K, which helps build healthy blood that clots well.

A benefit of using natural things like herbs and chlorophyll is that our bodies can so readily assimilate the nutrients they need. Traditional iron pills, by contrast, are horrible for not absorbing and cause all kinds of problems. But when you’re taking whole herbs-the way God created them-your body can assimilate what it needs and excrete the excess.

The pleasant mint flavor of Beeyoutiful’s chlorophyll makes it easy to take straight or in a glass of water. I’ve never known anyone to mind the taste. It’s great to have on hand during labor to sip on to help boost energy. If a woman hemorrhages after delivery, chlorophyll is usually the first thing I give her to rebuild red blood cells and her overall blood volume. You can’t overdose on it, and when someone has bled a lot, chlorophyll is like giving your body a transfusion since it’s so similar to our own blood.

Good for Baby, Too

In addition to being good for rebuilding blood loss, chlorophyll is also great for lactating mothers. Not only should it help with the milk production, it is also believed to increase the iron levels in breast milk. I recently saw a mom for a six week post-natal checkup, and she mentioned that, since she went back on chlorophyll, she had noticed her baby wasn’t so fussy. A lot of you who have had colicky babies would give it a try for that reason alone!

I put one mother on chlorophyll while pregnant with her sixth baby because her iron level was low. It brought her count up to a much better level and also boosted her energy. She stopped taking it after her son was born, but it wasn’t long before she came to me saying how exhausted she was. I checked her hemoglobin again, and sure enough, it was low. I told her to go back on the chlorophyll and just stay on it. To her surprise, she conceived again when her baby was only eight months old and could hardly believe she was pregnant this time around because she has felt so good. She didn’t experience the usual nausea, nor was she as wiped out. Now I hear her singing the praises of chlorophyll to other tired, anemic, pregnant women.

One thing that was pointed out to me recently is that another popular chlorophyll supplement-which I used before discovering Beeyoutiful’s-contains the chemical preservative, paraben. Beeyoutiful’s all-natural chlorophyll, as you might guess, doesn’t have it.

Although for obvious reasons, I tend to focus on the benefits of chlorophyll for pregnant women, its healthfulness is good for everyone. I believe chlorophyll should be in all refrigerators. It has no known side effects or toxicity levels, delivers many great nutrients, and offers a pleasing taste and more health benefits than that glass of barf-ley.

Amy Leiter is a professional midwife who provides home birthing services as a donation-based ministry. An herbalist, she actively incorporates the latest research in natural prenatal products into her practice. Amy lives with her parents and six brothers and sisters in Tennessee. She welcomes email at dsleiter1@juno.com.

Beeyoutiful Products listed in this Article: 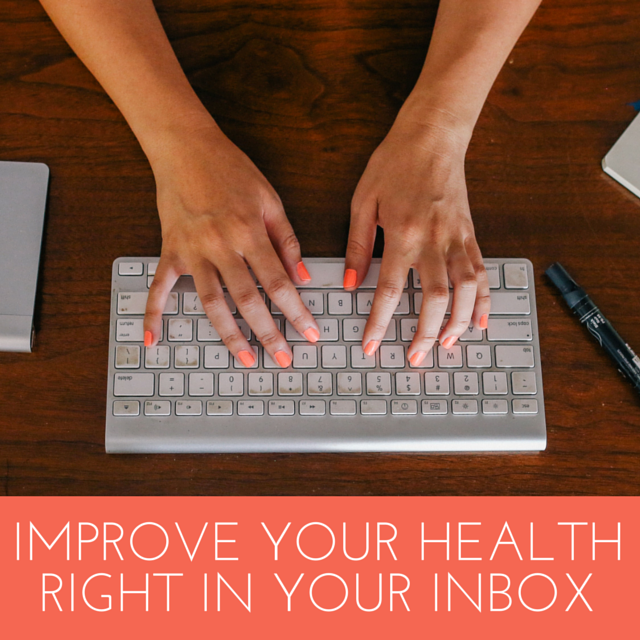